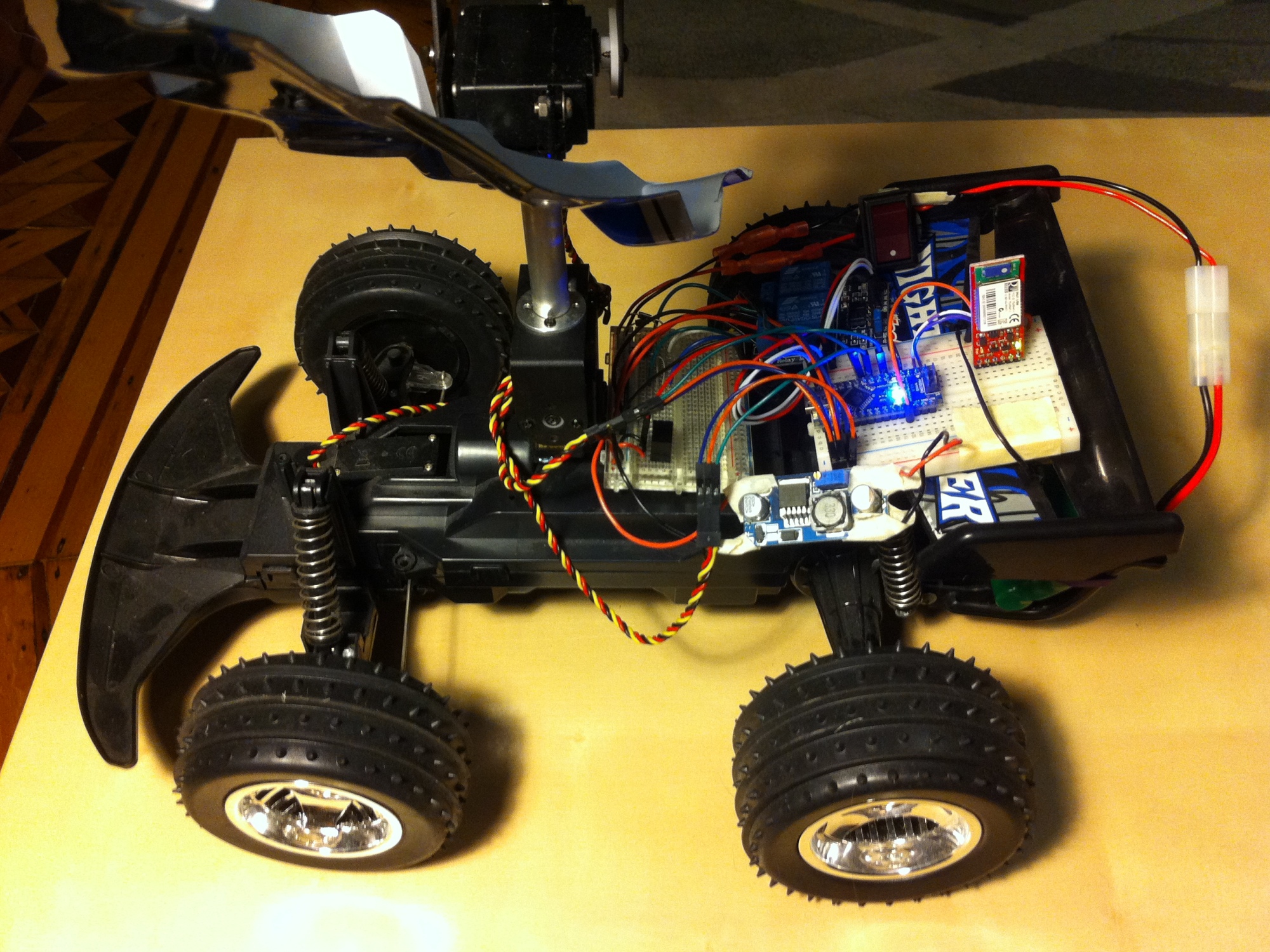 This is an RC car with a robotic arm. Everything is being controlled by an Arduino that is receiving commands from an iPhone over Bluetooth.

All the commands from the iPhone are received by a BlueSMiRF Bluetooth modem and passed to the Arduino. The Arduino directly controls one servo for the steering and 2 servos for the arm and claw which can pick up things. It does this using a timer on the AVR chip to generate pulses of the correct width on each servo’s signal wire. The Arduino is also controlling the motor on the back wheels of the car to move it forward and backward. It is controlling that motor through an H-Bridge made from 2 relays and protected with the usual 4 flyback diodes.

For this project I also used 2 buck step down converters to get 6V to the servos and 5V to the control logic and receiver. The rear motor still gets 9V directly. This allows everything in this case to be efficiently powered off of one 9V battery, even though the components needed various different voltages.

Using this setup, the iPhone can be used to wirelessly control the RC car via a combination of tilt controls and screen touches. 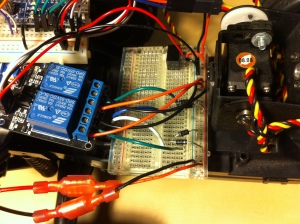 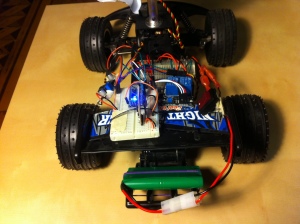