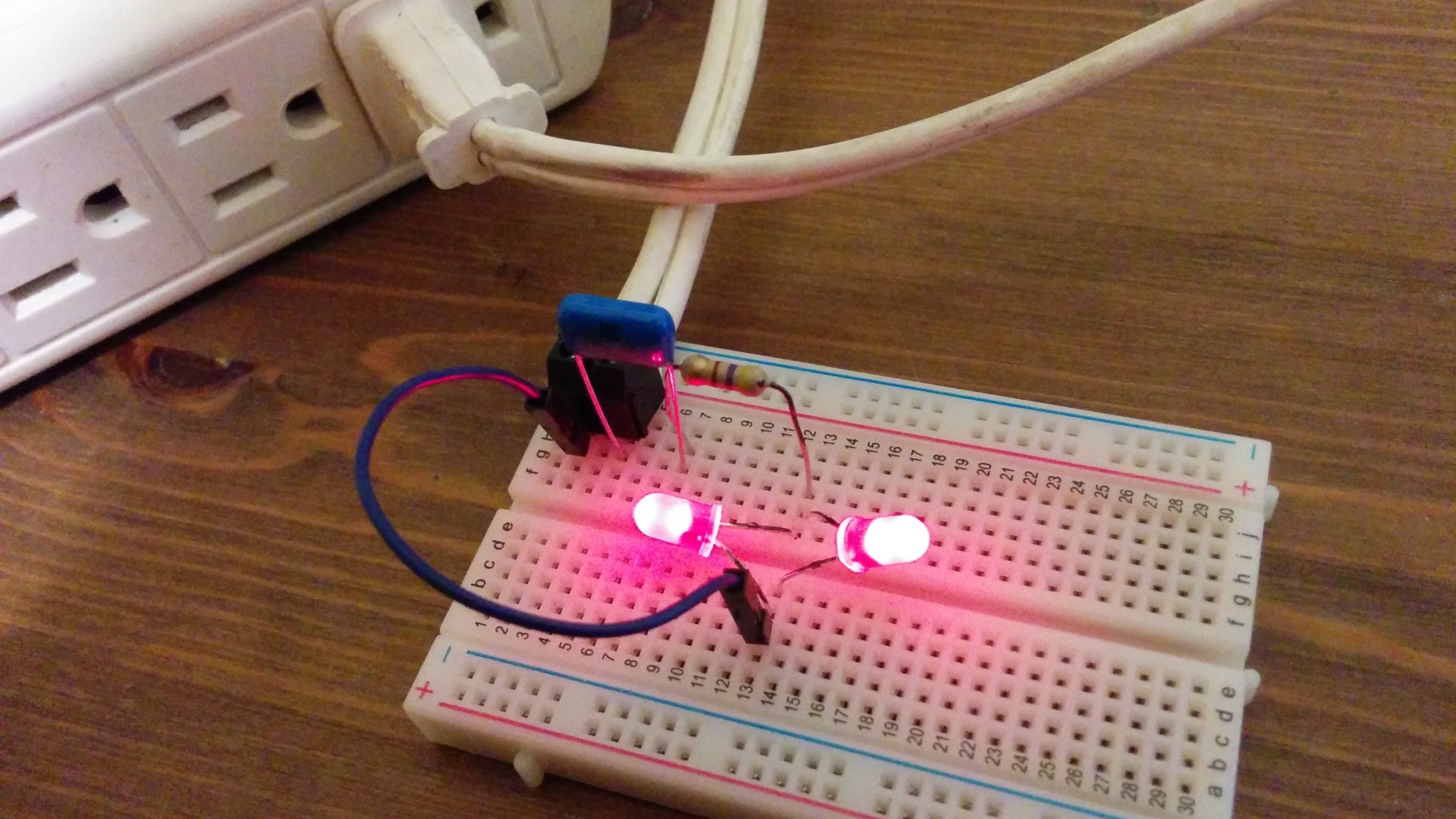 A while back I was acquainted with the idea of using a capacitor to create a very simple power supply. A cap dropper circuit is a type of transformerless power supply, converting AC mains input to a much lower voltage output for low power components without the cost and bulk of a transformer. This is pretty cool since they’re really small and quick circuits to build. I built 2 versions to test some ideas out. Below is a video showing them working, some circuit measurements, and some explanation.

CAUTION:
You should not attempt to build, test, or use this type of circuit unless you are experienced and competent in handling AC mains and high voltage. Do not touch this circuit. Depending on how it’s built either many or all points are at mains potential while powered. Further any point in the circuit can be at mains or higher voltage at any time, all it takes is a single component failing or some spike on mains. There is no transformer or other source of galvanic isolation. Even after disconnecting from mains, the dropping capacitor can hold a dangerous high voltage.

The first circuit, very minimal, powers standard red LEDs from mains. It’s one thing to read theory about impedance from capacitive reactance, but another to see it really playing out in a circuit you’ve built. The 100 nanofarad capacitor provides about 26 kilo-ohms of impedance, which can be calculated with Z = 1/Cs = 1/(100(nanofarads) * 10^-9 * 60(Hz) * 2 * PI) = 26,525. This drops enough voltage and limits current through the LEDs to an amount well within their rating of about 2V @ 20mA. As a quick starting point for determining the impedance required(which in turn specifies the capacitance value): First, choose the current you want going through the LEDs. Then divide your expected voltage(less the LED voltage drop) by the current you want. As a rough estimation example:
(170V{peak} – 2V{LEDs})/0.006{6 milliamps} = 28K

Note:
Many things would make this circuit somewhat safer and more robust, including using an X-rated capacitor(example pictured at the bottom) and a proper fuse. Also, even in this case where I’m just using a common capacitor I got from RadioShack, it must be non-polarized since the mains AC will reverse polarity of the voltage every half cycle. So polarized electrolytics are out. Also it must be rated at least for the peak voltage(not just the stated RMS voltage), which excluding spikes will be 120 Vrms * sqrt(2) = 170 V in the US. 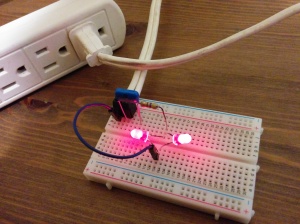 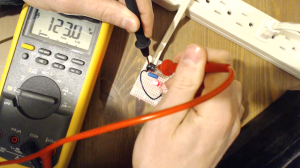 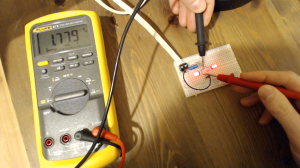 The second circuit is outputting almost 5V DC for running an Arduino. Like cap droppers in general it is not designed to source much current. Even the Arduino is pulling enough to cause the voltage to drop a bit below 5V. There are many variations on a circuit like this. This one is rectifying the remaining AC voltage that isn’t dropped by the input capacitor. The rectified DC is capped by a 5.1V zener diode and buffered in the output capacitor to smooth it out a bit.

WARNING:
Even though there is only 5V or less between points on the Arduino, does not mean there is not a dangerous voltage between a point on the Arduino and you. Arduino ground, especially in this case, is not the same as earth ground.

Similar to the first circuit, a resistor is used to limit inrush current when AC power is first applied(in the theoretical extreme, an instantaneous change in capacitor voltage would necessitate an infinite current into the capacitor). Also the resistor somewhat limits the effect of a transient voltage spike. Without these, in the first circuit for example, the LEDs will burn out after turning the power on and off a few times. The reason for 2 in the second circuit is higher current involved and I didn’t have a proper wattage resistor so I put 2 in parallel to achieve the same thing, to avoid the resistor overheating. The resistors do somewhat limit the current but in these circuits the capacitor’s reactance is doing most of the work, and dropping most of the voltage. 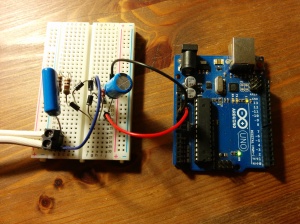 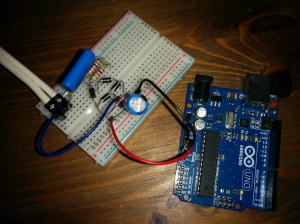 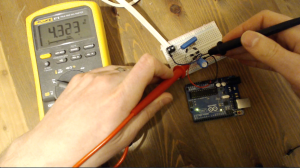 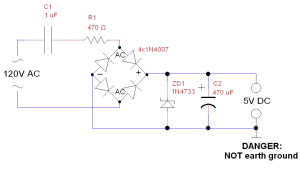 I'm interested in modifying existing electronics and creating custom hardware to enable people to do more. I enjoy brainstorming, prototyping, and iterating solutions to tricky problems. Creating custom assistive technology solutions gives me the opportunity to help others while exercising my skill set. View all posts by bobparadiso