I was contacted by Mount Sinai to prototype an Amazon Echo (Alexa) voice controlled hospital bed for them. The model they were interested in starting with was a Hill-Rom P3200E. I’m very excited about this project as it empowers individuals who otherwise would not be able to move the bed on their own for a variety of reasons. Below is a video demonstrating some of the bed’s voice controlled functionality.

NOTE: This is ABSOLUTELY CONTRAINDICATED in patients who can not comfortably and safely be in all of the positions that the bed is capable of. Since this relies on voice recognition among other imperfect technologies, there exists the possibility that the bed could move in a way that it was not commanded to.

In the video, an Amazon Echo (Alexa) was used to voice control a Hill-Rom P3200E VersaCare hospital bed. This was achieved through a simple plug in hospital bed pendant, a customized P3207A-01. The duration of the action (up or down) can be adjusted. Also the same voice command can be given multiple times to move different distances.

This customization is achieved with a solid-state relay soldered across the contacts of each button of interest. These SSRs are optically coupled and in this case allow the added electronics to be electrically isolated from the original electronics, lowering the risk of damage to the hospital bed. The SSRs are driven by a WiFi enabled MCU which is in turn controlled by the Amazon Echo. This allows the pendant and in effect the hospital bed to be controlled by voice.

For reference here are some pictures of the bed itself. No modifications of any sort were required. Of particular interest is the pendant port, a DB-9 connector. 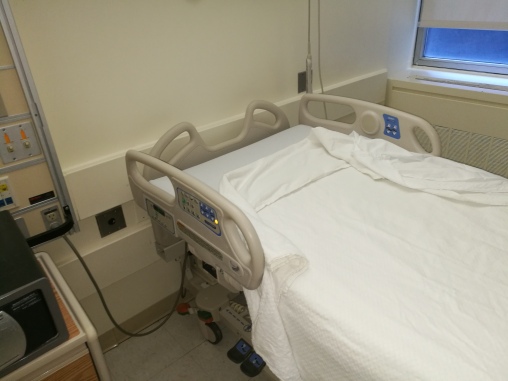 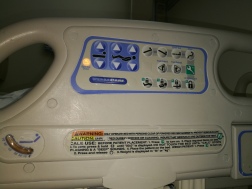 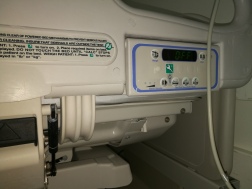 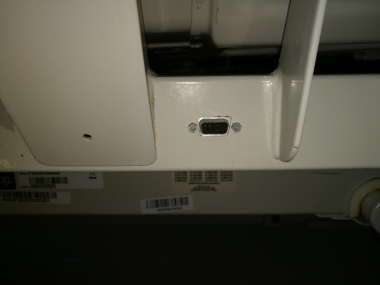 Here are pictures of opening up the hospital bed pendant: 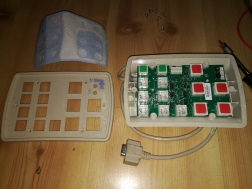 Each of the buttons on this pendant had 7 pins. You can see pictures below of a button I disassembled to confirm the pinout. 2 pairs of pins around the center pin are for the 2 LEDs inside the button. Pressing the button closes the connection between the center pin and the 2 outside pins. 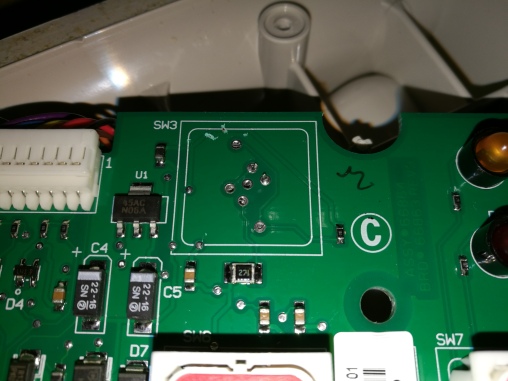 Here are pictures of soldering the SSRs across the 4 buttons being voice controlled and then wiring an MCU board to those SSRs. The USB cable is for power and updating the firmware on that MCU. Power potentially could have been provided from the bed itself, but for this version we wanted to maintain complete galvanic isolation. 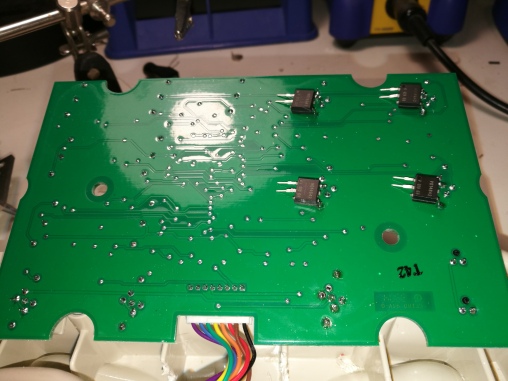 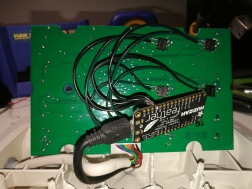 Pictures of the closed and finished pendant plugged into the bed: 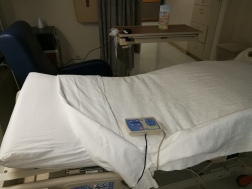